Medicare and Medicaid are two very different, government-run healthcare programs, and can each be useful parts of your retirement plan.

Understanding the key differences between Medicare and Medicaid is important as you’re preparing for retirement. In this article, we’ll compare the two programs, what they cover, and who qualifies.

Medicare vs Medicaid: an overview

Medicare is a federal health insurance program that covers people who are 65 or older, as long as they or their spouse has paid Medicare taxes for at least 10 years. Medicare also covers some younger people with disabilities and end-stage renal disease. There’s no income or financial requirement to qualify – as long as you have the qualifying work history, you’re in. There are multiple types of Medicare plans, called “Parts,” that cover different health services.

Compare that to Medicaid, which is the opposite – it’s an income-based program with no age requirement. Medicaid is run by both the states and the federal government, which means that a lot of the specifics around Medicaid depend on where you live. No matter what state you live in, you may qualify for Medicaid if you show a financial need and are pregnant, are the parent of a minor, or are aged, blind, or disabled. In states that have expanded Medicaid under the Affordable Care Act, you may qualify based solely on your income, typically if your household income is below 138% of the federal poverty level.

Medicaid benefits vary state by state, but it typically covers some things that Medicare Part A and B do not, like routine dental care and vision care. Medicaid also covers two types of services that matter a lot as you get older: custodial care and nursing home care.

Some people over the age of 65 can qualify for both Medicaid and Medicare. If you qualify for both, Medicaid typically pays for your Medicare Part A and B premiums, deductibles, and copayments.

You have a seven month enrollment period around the month you turn 65 to sign up for a Medicare plan. You can apply for Medicaid at any time you think you may qualify.

Medicare is a government-run health insurance program offered to people 65 and older. To qualify, you or your spouse must have paid Medicare taxes for at least ten years (usually taken out of your paycheck automatically, or paid as part of self-employment taxes). Unlike Social Security, the amount you earned while working does not affect your benefit in retirement.

There is a seven month window to apply for a Medicare plan – the three months before you turn 65, the month of your 65th birthday, and the three months after. If you do not sign up for Medicare when you first become eligible, you may have to pay a late enrollment penalty.

There are four types of Medicare plans, called “parts.” Parts A and B are mandatory, while Part D is optional. Part C covers Parts A and B, while also providing additional coverage. In addition to these four parts, there are Medicare Supplement Plans, also called Medigap Plans, which are also referred to by letters. Below, we’ll compare the differences between these parts and plans.

Medicare Part A: Covers hospital care. Typically, as long as you or your spouse have paid Medicare taxes for a certain amount of time while working, you don’t have to pay a premium for Part A. If you don’t qualify for Premium-free Part A, however, you can purchase it. There are also deductibles and coinsurance amounts for Part A.

Medicare Part B: Covers doctors, medical tests, and some medical equipment and procedures. Essentially, while Part A covers the cost of being in a medical facility, Part B covers the actual care. You must pay a monthly premium for Part B based on your income – between $170.10 and $578.30 in 2022. There are also deductibles and coinsurance amounts for Part B.

Medicare Advantage / Part C: An alternative Medicare plan offered by a private company. The private company contracts with Medicare to provide your Part A and B benefits. It usually offers Part D coverage, and may cover vision, hearing, and dental coverage as well. Since Medicare is paying for part of your coverage, these companies do have a standard set of rules they have to follow, but, like private insurance, they have some leeway in deciding on out-of-pocket cost, whether or not you need referrals, and premiums.

Medicare Part D: Covers prescription drugs. Like Part C, Part D is purchased from private insurance companies. Purchasing Part D is optional, but you may be required to pay a late enrollment penalty if you don’t have creditable drug coverage for 63 or more days in a row after you first become eligible to purchase Part D. Creditable drug coverage includes health insurance from an employer or union and the Department of Veterans Affairs, and may also be included as part of a Medicare Advantage plan.

Medicare Supplement (Medigap) Plans: Additional Medicare plans, provided by private companies but standardized by the Medicare program. Medigap Plans are so-called because they cover the “gaps” in standard Medicare – plans can cover additional services not covered by Medicare and out-of-pocket costs. Confusingly, the types of Medigap Plans are also referred to with letters – A, B, C, D, F, G, K, L, M, and N.

Specified Low-Income Medicare Beneficiary (SLMB): Helps pay for Medicare Part B premiums. The monthly income limit is $1,379 for an individual and $1,851 for a couple. The resources limit is the same as for the QMB program.

Qualifying Individual (QI) Program: Helps pay for Medicare Part B premiums. You must re-apply for benefits every year, and benefits are granted on a first-come, first-served basis, with priority given to those who have received QI benefits in the previous year. These benefits are not available to people who qualify for Medicaid. The monthly income limit is $1,549 for an individual and $2,080 for a couple. The resources limit is the same as for the QMB program.

Qualified Disabled and Working Individuals (QDWI): Helps pay for Medicare Part A premiums in specific situations, such as if you are a working person who is disabled and under the age of 65. The monthly income limit is $4,615 for individuals and $6,189 for couples. You cannot have resources above $4,000 for an individual or $6,000 for a couple.

If you receive QMB, SLMB, or QI benefits, you will also qualify for help paying for Medicare Part D. When determining the value of your resources, the state will include your checking and savings accounts as well as stocks and bonds. It won’t include your home, one car, a burial plot and up to $1,500 of burial expenses, or furniture and other household or personal items.

Medicaid is a public assistance health program for people with a demonstrated financial need, run by both the federal government and the states. While there are federal guidelines for the program, specific details about the Medicaid program available to you will depend on where you live.

Who qualifies for Medicaid?

No matter where you live, you may qualify for Medicaid if you have a financial need and you are pregnant, a parent or caretaker, above the age of 65, or are blind or disabled.

The Affordable Care Act also allowed states to expand Medicaid coverage to any low-income individual – typically, if your household income is below 138% of the federal poverty level, you’d qualify.

To be considered eligible for Medicaid benefits, individuals must make below a certain income limit, typically somewhere between 138% and 200% of the federal poverty limit. These limits can be different depending on what qualifying group you fall into – for example, income limits for children covered by Medicaid/CHIP and pregnant women can be much higher than the income limits for parents or other adults.

In some cases, if you have particularly high medical expenses, you could qualify for Medicaid even if your income is above the stated limit. In general, we suggest trying to apply for Medicaid if you feel you need it, even if you don’t perfectly fit the requirements on paper.

You can also try to “spend down” – reduce your income and assets – to qualify for Medicaid. This can be a complicated process that varies state to state, and it’s best to talk it through with a financial planner before doing anything.

Medicaid coverage can vary from state to state, however, each state is required to cover a specific list of benefits, including inpatient and outpatient hospital services, laboratory and x-ray services, and family planning services. Additionally, there is a long list of optional benefits that your state may cover, such as prescription drugs, physical therapy, dental and vision care, and more.

Most important for retirees, Medicaid programs must cover nursing facility services and home health services, two things that are not covered by Medicare Part A and B. As people get older and their ability to live on their own decreases, these health services – which can be very expensive – get more and more important. If you qualify, Medicaid can also pay your Medicare premiums and out-of-pocket costs.

While Medicare and Medicaid are both types of government-run health programs, there are major differences between them. Medicare is a crucial program for retirees, as it guarantees that you’ll have health insurance after you leave your job. Additionally, Medicaid can be a very important program for low-income seniors.

Whether you’re nearing retirement or already in retirement, a Certified Financial Planner® can help evaluate how health care costs factor into your overall financial plan. Additionally, SHIPs (State Health Insurance Assistant Programs) can help provide local counseling and assistance to anyone who is eligible for Medicare benefits. 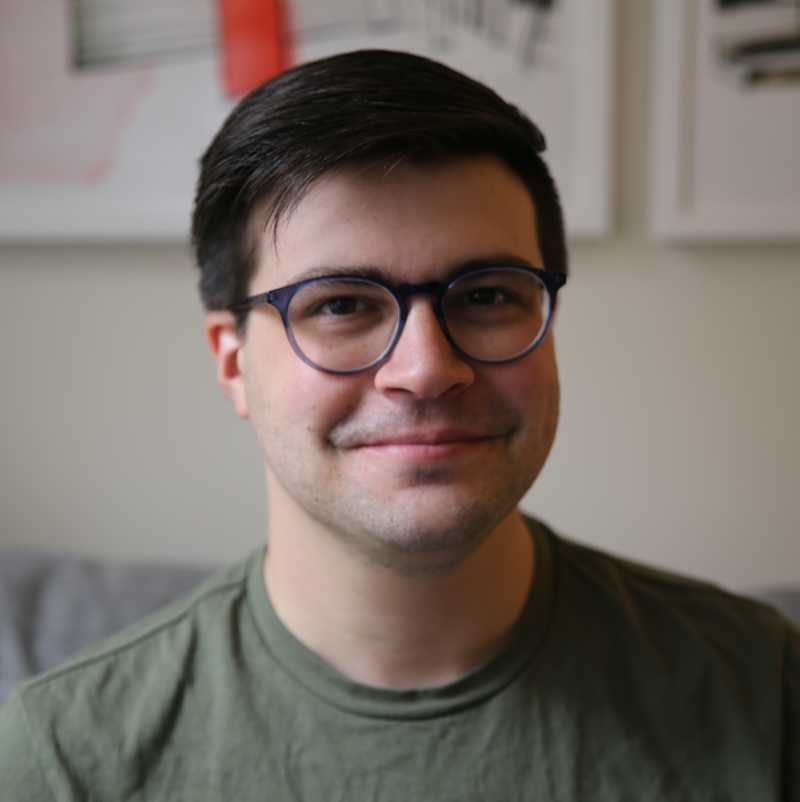 Writer, video maker, and podcast producer based in Brooklyn. Previously a staff writer at Policygenius, helping people find the insurance coverage they need. Find out more. 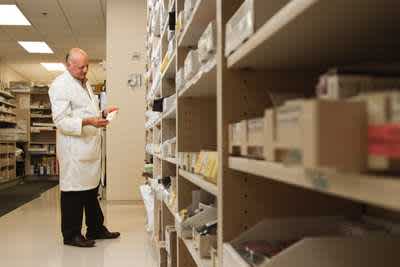 Here's what Medicare Part B Premiums will be in 2022

Medicare Part B premiums usually increase a little each year, and that’s no different in 2020. We break it down for you. 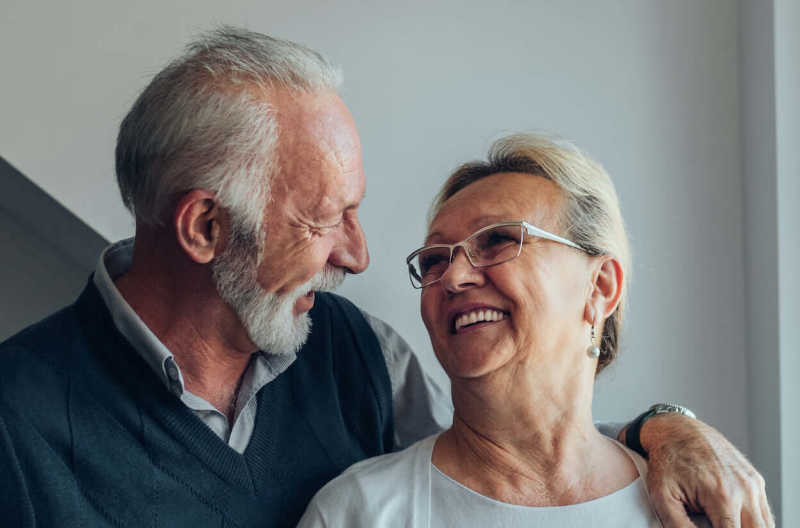 What is Social Security?

Social Security is inflation-proof, guaranteed income, and the foundation of your retirement income.